Revel in the natural wonders of The Last Frontier while enjoying a luxurious small ship experience aboard the beautifully re-inspired Regatta.

You know Frank Figliuzzi as a National Security Contributor for NBC and MSNBC News where he’s appeared on live national television over 1000 times to help bring clarity to complex issues facing the country. Frank served 25 years as an FBI Special Agent and retired as the Assistant  Director for counterintelligence. He led all espionage investigations across the government and frequently briefed the White House, Attorney General, and Congress.

Frank is the author of a national bestseller, THE FBI WAY: INSIDE THE BUREAU’S CODE OF EXCELLENCE, and he hosted the popular podcast, “The Bureau”.

His regular columns for the MSNBC Daily digital platform provide insights and opinion into the hottest news topics of the day. Frank is a sought-after speaker and consultant across the intersection of leadership, security, and values. You can join his half million Twitter followers at @FrankFigluzzi1. 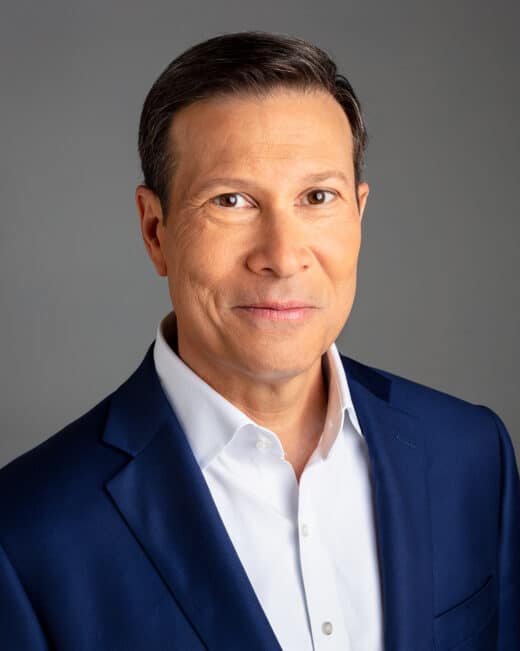 Oceania's Alaska voyages immerse you in the best of the 49th state - calving glaciers, breathtaking fjords, fascinating wildlife encounters and a lively historic gold-mining town like Juneau - along with intriguing diversions in favorite Pacific Northwest and British Columbia destinations such as Victoria. Each new day brings exciting adventures like witnessing the beauty of Hubbard Glacier, crabbing in the Bering Sea, helicopter flightseeing, glacier trekking, and gourmet tasting tours.

Head to the top of the famed Space Needle, enjoy the performers in Pioneer Square, watch fish-tossing in legendary Pike Place Market or spend the afternoon in the impressive Seattle Art Museum. Take in the groovy Experience Music Project or the fascinating Pacific Science Center. Dive into the sea at the Seattle Aquarium or take to the skies at the Museum of Flight.

The Inside Passage is a coastal route for ships and boats along a network of passages which weave through the islands on the Pacific NW coast of North America.

Totem poles are one of Ketchikan’s chief attractions, and the best places to view them are Saxman Village and Totem Bight State Park. Drop by the Southeast Alaska Discovery Center to learn about the local cultures and ecosystems.

Hoonah means “where the north wind doesn’t blow” in the language of the Tlingit Indians, who make up about 70% of the population of this village on the lee side of Chichagof Island. However, wildlife outnumbers everyone, so watch for bears, eagles and humpback whales, which migrate here in the summer .

Called “Shee Atika” by the Tlingit Indians, then “New Archangel” by the Russians who ousted them, Sitka boasts a multicultural heritage. Two dozen of its attractions are on the National Register of Historic Places, including Castle Hill and Building 29, a structure built by the Russians in 1835. The Sheldon Jackson Museum exhibits one of Alaska’s oldest native culture collections.

For a state capital, Juneau maintains a surprising small-town charm, in part because it can only be reached by sea or air due to the surrounding wilderness. Collections from the indigenous people are displayed in the Alaska State Museum. Visit Mendenhall Glacier for outdoor adventure.

As a town of less than 1,000 residents, idyllic Klawock is emblematic of a true Alaska pioneer town and Oceania Cruises will be the very first cruise line to call on it. Untouched and full of wildlife, this is the Alaska seasoned travelers yearn to experience. Supported by logging, fishing and canning, Klawock is the site of the first cannery in Alaska. The town has also been a native Tlingit village for thousands of years and features one of the most extensive collections of totems in the world. Located on the west coast of Prince of Wales Island, Klawock is surrounded by the temperate rainforest
typical of the Inside Passage and you’ll be treated to scenic views of lush archipelagos and soaring mountains as you sail in and out of port.

Enjoy a relaxing day at sea as Regatta travels through International Waters around Vancouver Island to your next port of call.

Time to say goodbye to your home away from home and all your new friends. Consider extending your vacation to explore the beautiful city of Seattle. 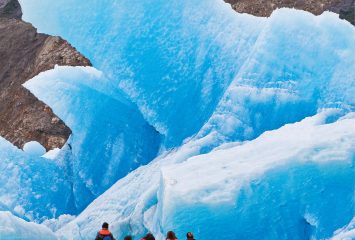 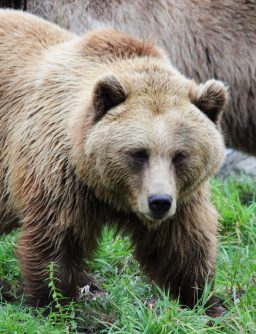 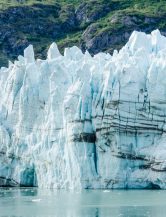 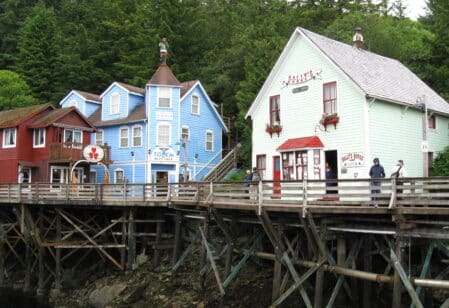 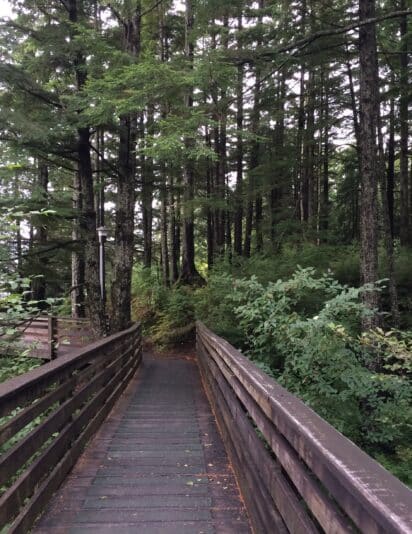 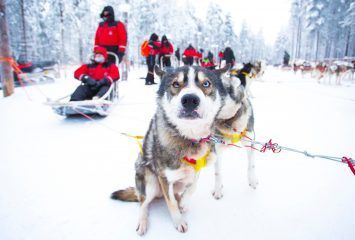 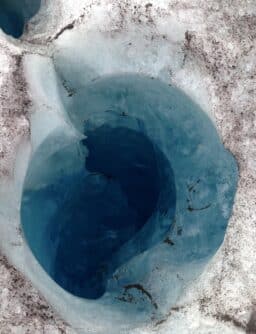 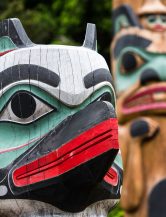 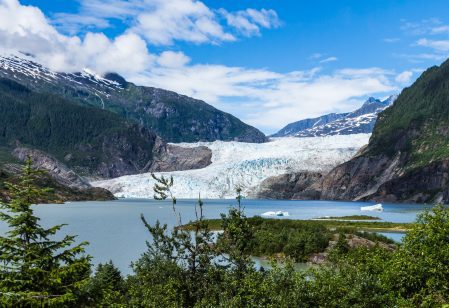 Oceania Cruises is the world’s leading culinary- and destination-focused cruise line. The line’s seven small, luxurious ships carry no more than 1,238 guests and feature The Finest Cuisine at Sea® and destination-rich itineraries that span the globe. Expertly curated travel experiences aboard the designer-inspired, small ships call on more than 450 marquee and boutique ports across Europe, Alaska, Asia, Africa, Australia, New Zealand, New England-Canada, Bermuda, the Caribbean, the Panama Canal, Tahiti and the South Pacific in addition to the epic 180-day Around the World Voyages. The brand has an additional 1,200-guest Allura Class ship on order for delivery in 2025.

Better than new, Regatta is the flagship of the Oceania Cruises fleet and features a beautifully
re-inspired ambiance. Each luxurious suite and stateroom is entirely new from floor to ceiling,
including the bathrooms. Her decks are resplendent in the finest teak, custom stone and tile work, and her lounges, suites and staterooms showcase designer residential furnishings. Regatta offers four unique, open-seating restaurants, the Aquamar Spa + Vitality Center, eight lounges and bars, a casino and 333 tony suites and sleekly redefined staterooms, nearly 70% of which feature private verandas. With more than 400 crew to serve a maximum of 656 guests, it’s no wonder these small and luxurious ships are more than acclaimed – they are legendary.

Evenings aboard Oceania Cruises can be anything you desire. Marvel at the continuously changing talented guest entertainers as you delight in high-energy production shows, talented vocalists, classical music and more. Perhaps stop by the lively Monte Carlo-style Casino for a rousing game or two. Unforgettable evenings are just steps from your stateroom.

Beautifully re-designed with a modern flair, these delightful private retreats boast 160 square feet of luxury. Highlights include a comfortable seating area, vanity desk, refrigerated mini-bar and plenty of storage. The ingenious use of space is complemented by the re-inspired decor.

Category F - $3,849 per person/double occupancy including air from major gateways.

Custom-crafted furnishings, exotic stone finishes, supple upholstered headboards and chic lighting are just a few of the enhancements within these 216-square-foot staterooms that also boast our most popular luxury – a private teak veranda for watching the ever-changing panoramas. Conveniences within each stateroom include a vanity desk, refrigerated mini-bar, breakfast table and spacious seating area.

Located in some of the most desirable locations on the ship, Category A Concierge Level Veranda Staterooms offer the attractive blend of both value and luxury. These sleekly redefined 216-square-foot staterooms offer coveted amenities and exclusive privileges, such as free laundry service, that make your experience that much more carefree. Fresh new decor, sumptuous Tranquility Beds and re-inspired verandas with stylish new furniture complete the Concierge experience.

Our collection of new 322-square-foot Penthouse Suites is adorned with sumptuous designer fabrics and furnishings in serene shades of the sea and sky. Spacious enough for private in-suite dining, the living area features a refrigerated mini-bar and vanity desk, and the sleekly transformed bathroom features luxury stone finishes and a shower.

Featuring a fleet of intimately luxurious ships, Oceania Cruises offers an unrivaled experience renowned for the finest cuisine at sea and destination-rich itineraries spanning the globe.

Alaska is a striking showpiece of nature at its finest: stunning forests, picturesque mountains, rivers and waterfalls, and an abundance of wildlife.