Home > Travel Resources > Itineraries >
Seydisfjordur
06/19/2020 12:00 AM
06/19/2020 12:00 AM
Walk along streets of colorful wooden homes dating back to the 19th century or explore the surrounding fjord landscape, all overseen by starkly picturesque slopes and the soaring summits of Mounts Bjólfur and Strandartindur. The tiny town boasts a thriving scene of local arts and a history dating back to early Viking settlement. If you wish, you may follow a tranquil walking path from the town center along the banks of the Fjardará River.

Sey
Begin the day with a short drive to Thorarinsstadir to look around the abandoned farm where an important excavation took place centred on an early settlement graveyard and a church. Continue your drive making your way through the grassy dells surrounded by tall mountains. Your destination is Skalanes and on the way your will experience Icelandic nature, crossing rivers and admiring natural spectacles such as boulders and dikes. En route you will also see ruins of farms which in a time long gone were the heart and soul of the area.Skalanes is a private sector nature and heritage centre within a 1250 hectare nature reserve which has a vision to create a place where the Icelandic environment and cultural history can be researched and interpreted at the same time as being a model for sustainable tourism. The findings from the surveys and research work being carried out at Skálanes will be used for the education of all interested parties and will also feed into other research projects within Iceland and beyond.  Another exciting element in this tour is that you might spot some whales and perhaps some seals if the surf is not too strong.
Before heading back enjoy some refreshments based on a typical Icelandic diet and some food processed at the site.  This is a unique opportunity to visit one of Iceland’s most remote places that even few Icelanders have been able to witness.
We do not recommend this tour for handicapped and physically disabled passengers, as this is a physically active tour which requires passengers to walk for over an hour on uneven terrain. Please wear sturdy walking shoes and warm layered waterproof clothing.
Tour Duration: 3-4 hours
Tour can operate: Morning or Afternoon
Wheelchair Accessible: No
Physical Activity Level: Strenuous
Included: Transportation by 4x4 vehicle, guided tour, refreshments. Pick up/drop off at the port. 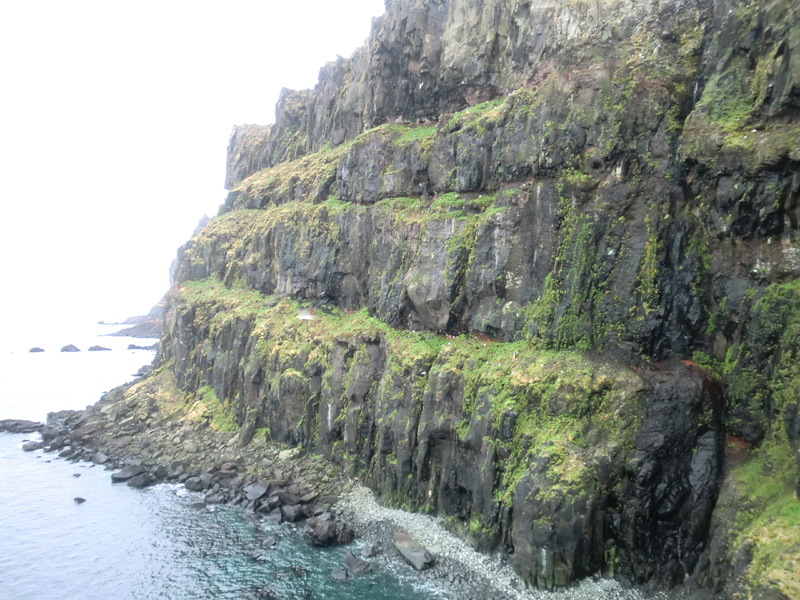 Sey
Borgarfjordur Estuary is an isolated valley linked to the Fljotsdalsherad Plain in the north by a road over the Estuary Mountains, which take their name from the estuary of the present River Selfljot. The highest part of the road runs through the Vatnsskard Pass, some 1,200 feet above sea level, with a view down into the neighboring bay of Njardvik. Dyrfjalladalur Valley is at the bay's head, and Mt. Songhofsfjall lies to the northeast. Between Njardvik and Borgarfjordur there is a track called Njardvikurskridur (which translates as Njardvik screes), once known as the most dangerous path in Iceland because of its loose, rocky slopes. Today the Njardvik screes are negotiable by car, but around the year 1300, not only the screes, cliffs, and precipices inspired terror on the route -- a gully on the scree slopes was home to a terrible monster called the Rumbler. The Rumbler was human from the waist up but it which animal his lower half resembled was never recorded. Everyone knew that when the rocks started to rumble, it was because the Rumbler was about. He was most dangerous in the autumn and winter, and for a while was such a menace that people stopped using the route altogether. At the place now called Krossjadar, Jon from Njardvik challenged the Rumbler, and their encounter ended with the Rumbler tearing himself loose and throwing himself into the sea. On the edge of a small headland jutting into the sea, once known as Kidjabjorg, is the little village of Bakkagerdi and the sparsely populated surrounding countryside. Fishing is the main activity in the village, but is hindered by the poor natural harbor, as well as the fact that the fjord is open to the north and is relatively shallow. In the village you will visit the ‘Elf Hill’ home to the hidden people, stop in Álfasteinn the art and crafts shop, visit the church before heading to Hafnarhólmi where seabirds such as puffins can be watched from a short distance. The amazing surrounding mountains, along with the different types of Rocks and the birds “up close” - delivers the most perfect photographic opportunities!
Tour Duration: 6-7 hours
Tour can operate: Morning
Wheelchair Accessible: No
Physical Activity level: Moderate
Included: Transportation by private vehicle, guided tour, entrance fees. Pick up/drop off at the port.
Not Included: Meals