Straddling the continents of Asia and Europe, Istanbul has much to offer. On my recent visit to Turkey we were fortunate to have a private guide to explore the old town.Our guide met us at our hotel and we took the tram into Sultanahmet.

Where to start with so many sights to see within walking distance! First was the Blue Mosque. After donning a head scarf we joined the many tourists inside. The actual name of the mosque is Sultan Ahmed Mosque. It is known as the Blue Mosque due to the 21,000 Iznik tiles inside. This is the first of two mosques in Turkey that has six minarets. Still a working mosque, today a public announce system is being used for the call to prayers.

Opposite the Blue Mosque is Hagia Sophia. The guide was able to bypass the line and get us right in. The lines were quite long so this was very much appreciated, and a big advantage when traveling with a licensed guide.

This was first built as a church in 537 and converted to a mosque in 1452 when the Ottomans conquered the city. It is a must to take the stone ramp up to the gallery to see the exquisite mosaics.

On to the Hippodrome, the center of Roman and Byzantine Constantinople. The building no longer stands, but the obelisks and sculptures remain.

Adjacent to the Hippodrome is the Basilica Cistern, a giant underground cistern built by Justinian in 532 to provide water to the city in cases of siege. You can walk the wooden walkways between the pillars. Today it is used for musical performances.

Last stop was the Grand Bazaar with an estimated 4,400 shops! We just walked through to get the feel of the world’s oldest shopping mall. Thank goodness we had our guide to get us back to the hotel.

We tried to take the tram back but it was full. We decided to take a taxi. At 3pm the taxis did not want to take us because they would have to fight the rush hour getting back.

The guide tried in vain and finally had to resort to getting assistance from the police who convinced a driver to take us. Without the guide I am not sure how we would have gotten back.

After being on organized shore excursions while on our Azamara cruise, it was a real treat to have a knowledgeable personal guide in Istanbul.

No waiting on others and we saw what we wanted on our time schedule. 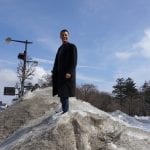 Traveling to Turkey While Most Countries are Closed to Americans

Traveling and planning a trip during the age of COVID-19 is a challenge but also has certain perks. We have...

Founded in 1933, Turkish Airlines is a modern airline that continues to wow us and our clients on a daily...

The best way to see the Greek Islands might well be on a cruise, and I was fortunate to escort...