TravelStore
#Mexico#Oaxaca
I concluded the first part of my blog on my Oaxaca, Mexico, trip with stopping for lunch! To resume when I left off, my son joined me for lunch at a charming open-air restaurant on the Zocalo. This was my first taste of real Oaxacan food. The cuisine is most well-known for its mole, which is a complex sauce made of at least 20 different ingredients. I had an Oaxacan tamale stuffed with chicken, cooked in black mole, and steamed in a banana leaf. Outstanding.
One thing I simply love about life in Mexico is that life is not lived behind closed doors. The Zocalo was packed. Of course, there were many vendors, but there were mostly regular people out enjoying the day. I am told Oaxaca’s weather is nearly ideal throughout the year, but in late March, it was just beautiful. As we were eating and watching the people go by, we were visited by a guy in a cow suit with a ukulele. Why? Well, why not?!
In the afternoon, Benito rejoined us for a tour to Monte Alban. Monte Alban sits on a mountain top in the center of the valley. The Zapotecs began leveling of the mountain top around 600 B.C.E. and, over the next several centuries, built an elaborate series of platforms and plazas as a ceremonial and religious center. The high elite lived in houses surrounding this complex, and they were also buried here. Most of the tombs were looted, but a few were not, and the treasures found therein are now on display at various museums both in Oaxaca and around the country.
It has always to me been a very deep experience to stand in a place like this. To walk where kings once walked. The air is hot and dry. There were vultures and hawks riding thermals circling above the ruins. From the top of the highest platform, you can see the entire valley. What a sense of power it must have been to rule this place. I have seen ruins in Mexico, China, and Cambodia, and I never get tired of it.
But, of course, we were here for the food, so after a rest, we went in quest of tacos. Even though it was not early, the Zocalo was still packed. For some strange reason, the street vendors here were all selling hot dogs. We walked a couple of blocks south to the market and struck pay dirt. Using the old trick, we picked our taco stand by finding the one that was most crowded. There is nothing like a good street taco and standing around with 20 other people who are all having a good time. It just adds to the flavor. Unfortunately, our taco crawl was cut short by rain. Oh, well!
The next day was all about food. Suzanne took over for this part. She led us on a walk that included a bunch of stops. Quesadillas with Oaxacan string cheese and squash blossoms. More Oaxacan tamales. Tortas with chorizo served on freshly baked rolls. Horchata. Hibiscus juice. And we finished off with a local Oaxacan beverage called tejate that is made with cacao and a few other local herbs and roots. It comes with a thick foam and tastes like an earthy version of chocolate milk.
As if that was not enough, in the evening, we went on another taco crawl, this time settling at a place called Tacos Roy. I don’t know who Roy is, but those were some really good tacos. We also split a bowl of the best pozole I have ever had. We finished the afternoon with sorbet. I kept seeing the word tuna on the ice cream carts, and while it is the local name for cactus fruit, I can now say I have had tuna ice cream.
On our last day in Oaxaca, I told Benito to take us to something that we need to see. As I mentioned, the state is very mountainous. Benito is, first and foremost, a nature guide, so we drove up into the mountains and spent a couple of hours hiking. Benito knows every tree and flower. Simply amazing. I will warn you, we were easily at 10,000 feet altitude!
The best part of this day, and the whole trip, was just talking. Benito is Zapotec, and one thing he told me will be with me forever. These days, the Zapotecs live in villages in the remote mountains. I was commenting on how beautiful the oak trees are, and he told me that his people believe that every person had a tree. You know it when you find it. When you find your tree, you should visit it as often as you can. Talk to it. Tell it your troubles. Hug it. So, when you see me hugging trees, you will know why.
Contant TravelStore to learn more about foodie trips, Mexican vacations, and more!
Stan Godwyn
SHARE THIS TRAVEL JOURNAL: 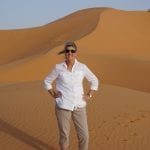 From the minute I arrived at the Hilton Los Cabos, I felt welcomed. Upon arrival, your temperature is checked before entering the lobby, and masks are required inside the...

Planning a visit to the Riviera Maya or Cancun? Consider the new luxury of Hotel Xcaret Arte. It’s always touchy to talk about luxury travel because it... 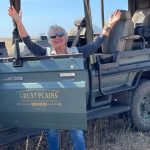 Safety First: My Cabo Trip During the Pandemic

I traveled from LAX to San Jose del Cabo, Mexico, during COVID-19 in late July. After taking the necessary calculated...