One of the scenic highlights of any trip to China is the Li River. The scenery along the river, from Guilin to Yangshuo, is justifiably famous. Indeed, it looks like a Chinese painting come to life.

Jagged green peaks and tufts of feathery bamboo line the river for miles, and a boat ride here is truly memorable.

Traditionally, visitors to this part of China took a ride on a rather crowded boat from Guilin, disembarked in the town of Yangshuo, and then hurried onto busses to drive back to Guilin for the night.

In the 1990s, the backpackers discovered Yangshuo. The relatively relaxed local government allowed low budget hotels to accept tourists, and the town became one of the special, strange places where one could find banana pancakes, milk shakes, and lots of beer.

If you have been to Hoi An or Luang Prabang or Goa, you will recognize the vibe. I spent a week here in 1990, hanging out at a small place that called itself the Hard Rock Yangshuo. It featured a large poster of Jim Morrison, a boombox and some rather decent French fries made in a wok.

And as these things go, the rest of the world followed the backpackers. “Real” hotels started to open in Yangshuo, and it became common practice for travelers to spend a night or two here, where one could easily access some of the surrounding countryside, climb mountains, explore caves, and generally enjoy a more laid back corner of China.

A few years ago, the director of the opening and closing ceremony of the Olympics, Mr Zhang Yimou, opened a theater on the banks of the Li River in Guilin.

Here an absolutely charming show, called Impressions of Liu Sanjie, is staged, providing impressions of the lives of country people, many of whom are ethnic minorities.

Yangshuo is a bit more commercial, but still much more laid back than Guilin, and not even in the same ballpark as the mega cities of Shanghai or Beijing.

What was missing was a really fine hotel. There were several small guesthouse type of places, some of which are very pretty, but are, well, rustic. One decent Chinese hotel, the Green Lotus, dominated the mainstream tourist business, and it was not bad.

Banyan Tree recognized the void and filled it, and did so very nicely. Located in the small town of Fuli, 10 minutes south of Yangshuo proper, the Banyan Tree looks like a traditional southern Chinese village.

The property, with fewer than 200 rooms and villas, is centered around a small lake and pavilion. It sits between a couple of limestone peaks and fronts the Li River. The main building has a small tasteful lobby and a couple of restaurants, and, of course, the world class Banyan Tree Spa.

The intent of this place is to give one the feeling of being in the Chinese countryside, and it succeeds. There is no town surrounding the hotel, no traffic, no beeping horns. You can walk to the small town of Fuli, which has changed very little over the centuries.

The hotel has its own jetty and rafts, and one can spend an hour or so puttering around on the Li River enjoying the view, and perhaps stopping to meet a local water buffalo. You can rent bicycles to ride around the countryside, and the hotel can arrange for tours to the local rice fields or caves.

There is hiking, swimming, even rock climbing– all available in the area. For anyone who needs a shopping fix, the hotel will transfer guests to the town of Yangshuo, which has one of the best flea markets in the country.

The hotel itself is very special. The rooms are large and very tastefully decorated. The lead-in room categories have nice views of the grounds. There are a few villas that front the river that are spectacular. The service is impeccable.

Guests are greeted with a song and a drink, and sent on their way with the same. The hotel encourages a sense of wellness, notably the spa, and is also very environmentally conscious.

The food is outstanding. The present chef is a Thai-born Chinese who has mastered several cuisines. If you can talk him into a bowl of Thai style noodles (it does not take much talking), both you and he will be very happy.

The typical China tour is fascinating, and usually a bit hectic and overwhelming. Tucking in a couple of days to unwind among some of the world’s best scenery is a very, very good idea.

Let us arrange your China adventure. 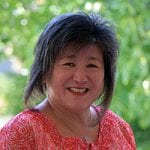 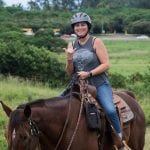 I took my second trip to the Caribbean area in a year, this time with my cousin and her four-month...