Russia is the largest country in the world. It’s home to sumptuous onion-domed cathedrals like St. Basil’s in Moscow and ornate palaces and grand museums like the world-famous Hermitage in St. Petersburg, one of the world’s most beautiful cities. Tucked in this vast empire are many, no less intriguing, travel stops, including quaint Russian villages along the Volga River, perhaps best visited on a Russian river cruise. 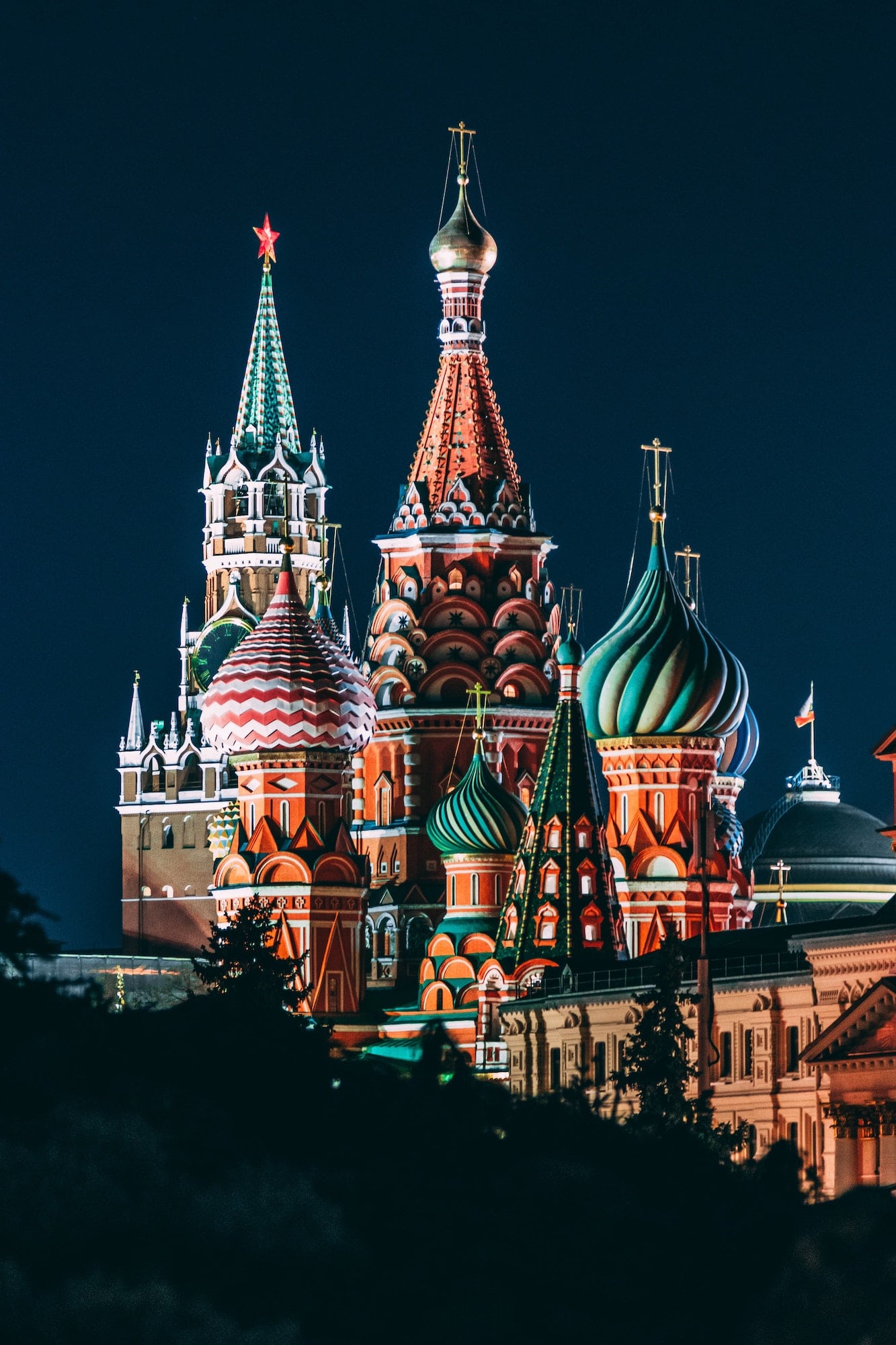 Introduction
With such a vast territory and European and Asian cultures and heritages, it is quite impossible to experience all Russia has to offer on a single trip. To grasp the breadth of Russia, perhaps a Trans-Siberian rail journey is in store. To visit the Golden Ring cities and Moscow and St. Petersburg, a Russian river cruise is a lovely option. Whatever you decide, we can arrange a seamless adventure. (see more below)
Weather and Climate
With a country so vast, of course weather will vary greatly from north to south and east to west. In the Golden Ring of Russia, prime time is April to October, though winter travel can also be special. For most of the country, July and August will be peak travel months, though early and late summer months can also offer splendid weather.
Cuisine of Russia
Russian cuisine is varied and rich as is generally the case in Eastern European countries. Some favorites include borscht, a beet-based soup, pirogi or pirozhki, Russia’s version of empanadas or savory pies, filled with either meat, cabbage, mushrooms or salmon. Pelmeni is Russia’s version of ravioli, usually filled with meat and served with sour cream. Blini are thin pancakes served sweet or savory, often with caviar or smoked salmon and sour cream, or a sweet filling like jam. Beef Stroganoff, of course, and golubtsi, which is cabbage stuffed with meat and rice in a tomato sauce. Top it off with shots of Russian vodka or try kvass, a fermented drink made of rye or bread and malt. Russia makes quite good beer and champagne, too.
Suggested reading
The Russians (H. Smith), Russka (E Rutherford), A Gentleman in Moscow (A. Towles)The Heart of a Dog or The Master and Margarita (M. Bulgakov), Dead Souls (N. Gogol), St. Petersburg (A. Biely). Russia is noteworthy for its exquisite literature, so most anything by Dostoevsky, Chekov and Tolstoy is a worthwhile read.
Suggested viewing
Doctor Zhivago, Reds, 12, Leviathan, The Ark, Brat (Brother), The Thief, Burnt by the Sun, Moscow Does Not Believe in Tears.

Russia is vast, covering eleven time zones! Within its borders there is a bounty of unique experiences that can be tailor made to your interests.

Experience Dine With a Spy!

Learn about the life of a Soviet spy and KGB agent! Enjoy the company of a career intelligence official who was personally acquainted with Kim Philby...

Ivan Mestrovic is Croatia's most famous 20th century sculptor. In Vienna he was friends with Rodin, and after WWII he came to the United States where...

After enjoying a zapiekanka, a classic local cheese sandwich and some insight into post-Communist free market economy, visit a local gallery selling locally made clothing and...

Gdansk's role in world history includes the island where WWII began, the shipyard where the Cold War erupted, and Solidarity Square and the heart of the...

A private insider's guide to cooking Polish food in the home of a local home cook! Visit a local food market to shop (and pick up...

Travel over 6,000 miles across Eurasia on the Trans-Siberian Golden Eagle luxury train with a dedicated escort for American guests on board.  A monumental journey, you'll...

To visit Russia, especially to go beyond Moscow and St. Petersburg, you want to be in the hands of our local experts to ensure the best service, efficiencies and provide you peace of mind. Let us arrange insider experiences on your Russia vacation, Contact us  to plan your Russian vacation package.

Whether you plan to visit Russia’s major cities or explore some of its rural environs, we will make your visit all the more comfortable arranging your accommodations in advance, including at the best properties like:

A truly iconic hotel, on Nevsky Prospekt among the city’s great architectural treasures.

within the vicinity of the Bolshoi Theater and a few minutes' walk from the Kremlin, Red Square and the Parliament. 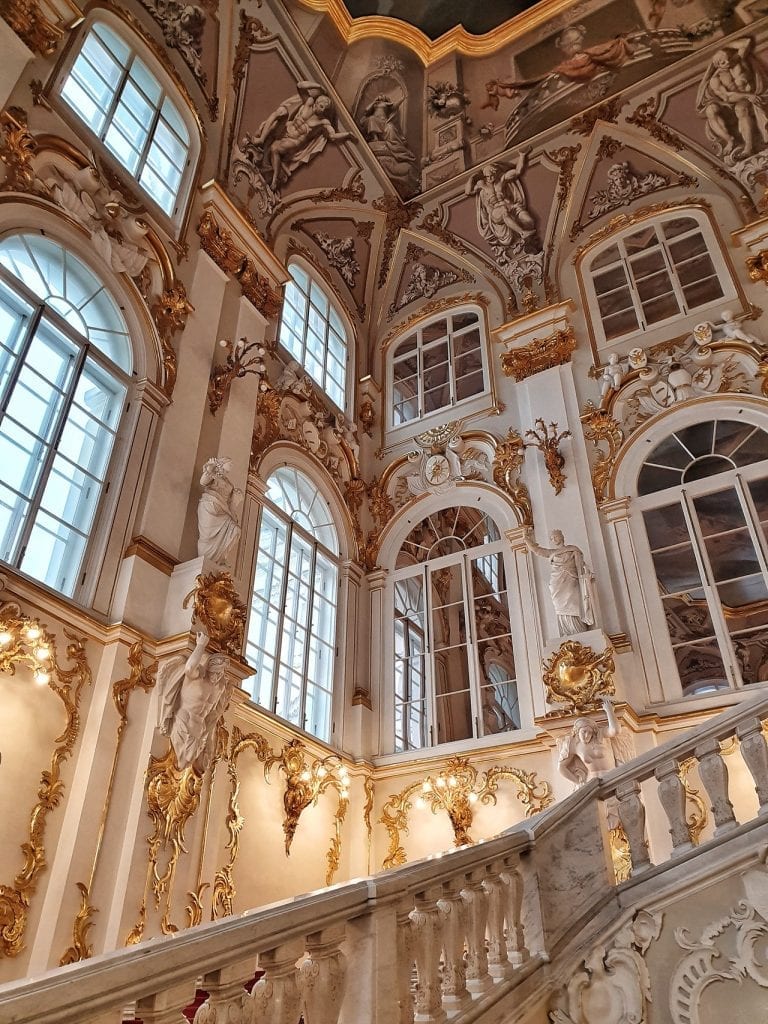 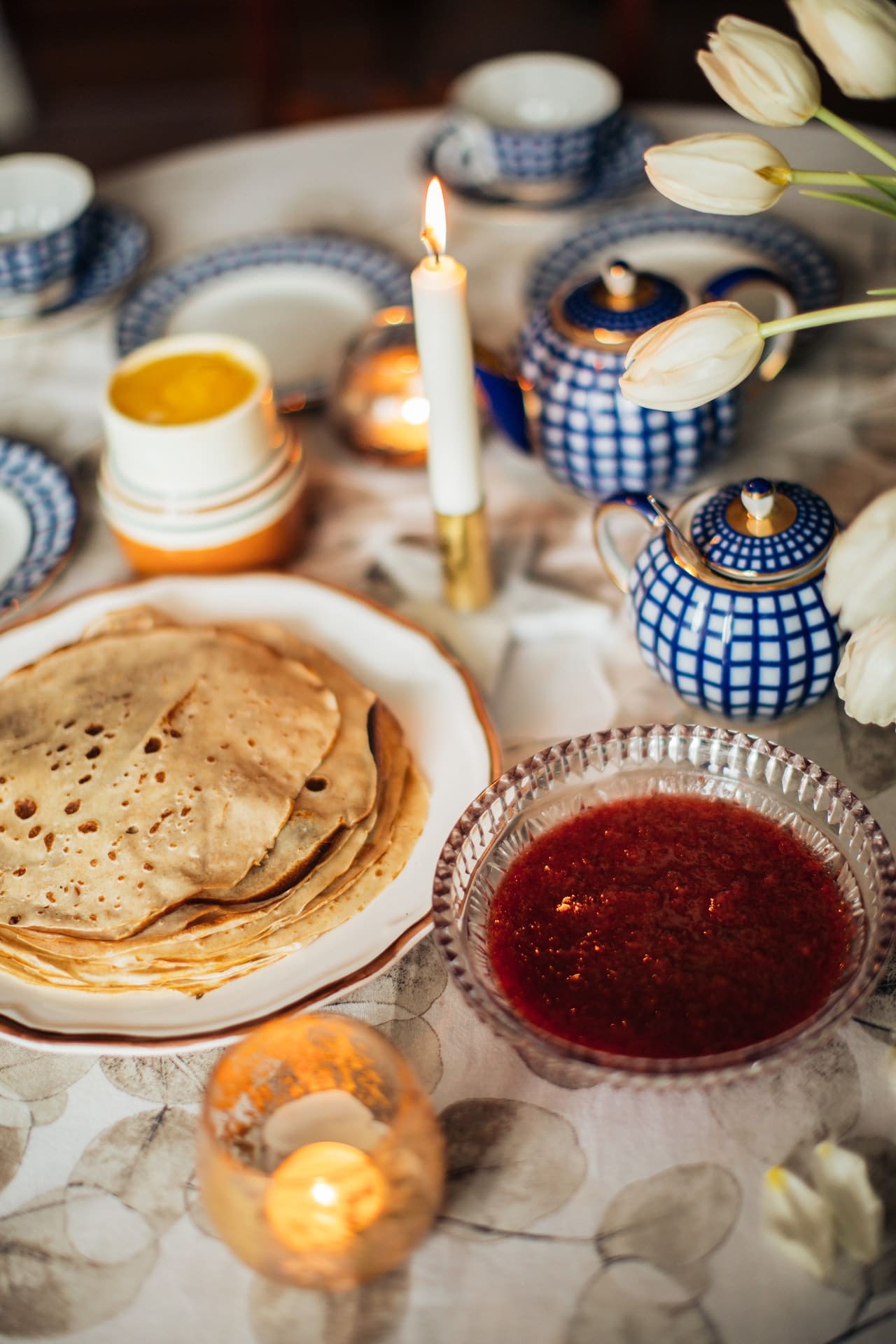 The Trans-Siberian Railway is 5,772 miles in length and connects Moscow and Vladivostok.

In the Hermitage, cats protect priceless art from rats. Each cat has a passport and receives a salary.

Near Moscow, some play golf by helicopter, guiding the 3’ diameter ball through a snowy route using 22lb stick.

Paul Robeson was admired in Soviet Russia. From that admiration, the Russian-grown Paul Robeson tomato was born.

Oymyakon, in Siberia, is one of the coldest inhabited towns on Earth. The coldest temperature was -108F.

More about travel to Russia

St. Petersburg is a beautiful city, and The Hermitage Museum, Russian Art Museum, and Impressionist Museums are world renowned. The white stone and wooden architecture of traditional Russian historical cities can be included in the Golden Ring of Russia.

The five Stan countries, on the old Silk Road Route, are an exotic departure with prominent architectural and cultural treasures to explore.

The Caucuses region and Armenia, Azerbaijan and Georgia. Armenia and Georgia are the oldest Christian countries in the world. Georgia’s language and writing is unique and unlike Russian, as is its wonderful cuisine.

Russia’s Riviera is the Crimea. Outdoor adventures include hiking, mountain climbing and paragliding, as well as wine tasting at local vineyards, visiting ancient Greek excavation sites, and the historic cities of Yalta and Sevastopol.

Lake Baikal, the largest freshwater lake as well as the deepest (2,442’) and oldest (25 million years) lake in the world, has grown in popularity as a vacation destination, (especially in March, when you can walk or dogsled across the ice and see right through it due to its clarity). There are many species of plant and wildlife endemic to the region, such as the only freshwater seal. Cultural encounters include local tribal culture where shamanism is still common. One way to experience it is to take the fabulous Lake Baikal Railway train around the lake.

The Altai region, sometimes referred to as the Russian Tibet, offers the highest mountains in Siberia, as well as healing properties of mineral springs, a popular Russian getaway for hiking rafting, kayaking, horseback riding and wildlife. Here Lake Teletskoye is a UNESCO site, and authentic experiences meeting local tribes can be arranged. Unique natural stone formations can also be viewed here.

Northeastern Sibera (Yakutia) is a land of extreme temperatures, where you can visit the Mammoth Museum and the Lena Pillars, a UNESCO site, which are 300’ high rock pillars along the river’s banks. The area is known for diamond mining and excavation sites of primeval man. Visitors can enjoy ice fishing, Yakutian horses, a unique Siberian breed.

The Far East of Russia is the land of Ussuri Siberian tigers and snow leopards (only 40 are known to be alive, most in this area), and the special nature reserve park, Sikhote Alyn, where the country tries to preserve and maintain these species. A fantastic photo safari option, and good hiking.

Kamchatka Peninsula is sometimes referred to as The Last Wilderness on Earth. This is land of volcanoes (160), savor a helicopter excursion to Geyser Valley (a UNESCO site) to enjoy 18 geysers and mud cauldrons. Brown bears are popular to view here in abundance (about 10,000 live on the peninsula).