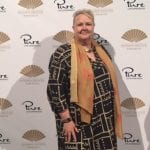 As an experienced traveler at various levels of elegance and a sailor accustomed to small quarters, here are my comments on a recent Amtrak rail vacation:

We had two Pullman sleeper cars and one dining/dome car in between, with an Amtrak locomotive pulling their own coach and sleeper cars, plus on the return, two privately owned cars attached!

The dining car was spacious and service included cloth table cloths and napkins. Bar tender Jack and servers were terrific. All food and drinks and liquor were included in the fare. Service was based on departure and arrival times, but very accommodating and three meals during travel. Most guests stayed in the dining car after meals to socialize, rather than be in small cabins, and even stepped off in Memphis where there was a 30 minute stop. Food was quite good with generous quantities.

Sleeping rooms can be configured in several ways. I had a single sleeper with a private entrance and a lock when I was inside. There was a private toilet with a sink that folded into the wall on the back side of the toilet. Interesting arrangement, but it worked well. Always good to use the facility while stopped at a train station, which I learned through the night in order not to bump into walls.

A large cushioned chair was comfortable, placed in front of large window during the day. At night the bed came down over the chair as one solid piece and a shade pulled down over the window. Mattress was a bit thin, but fresh linens, blanket and two pillows quite sufficient for me to sleep. Most travelers did not sleep well at all!

Many thought it great fun but suggested in future that one take the train one way and fly home, as the novelty of the train trip was great the first time, but not so much so going home. I would suggest the reverse since once home, traveler could sleep and not affect their first day touring.

The larger cabins had the same bathroom configuration – no shower in rooms, but there was a shower at the end of the hall, for which you made an appointment to use it with the porter. Only two of the men used it out of 30 guests.

The two beds came down from the wall as bunk beds, port to starboard (my bed was bow to stern), so one elderly couple just slept on bottom bed head to toe rather than risk climbing up and down during the night.

Tracks belong to freight company and are not in good shape. One four-hour stretch was really poor, so lots of rocking and unexpected bumping around. Probably fun for kids and young adults.

Average age was probably 70 in this group, and though we had fun and it was a very good group, single travelers/families might not have enjoyed the experience as much. The staff was terrific and porters did wake up calls and brought coffee/tea whenever asked, carried bags willingly and set up beds while we were at dinner. I enjoyed it — it was a very relaxing way to get home. The train was on time arriving in New Orleans and actually 30 minutes early getting back to Chicago!

I know from photos that this was nothing like the Blue Train or Rovos Train in South Africa, or the Orient Express – not even close – but again, for me, great fun.