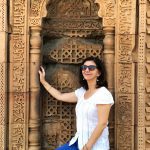 Recently I traveled to Colombia and I feel they are more than ready for American tourists.

I enjoyed staying at the Sofitel Legend Santa Clara in Cartegena, a marvelous location in what was originally a convent built in 1621. I love Cartagena because it’s a historic and very charming city. The Sofitel is the nicest full service hotel here, very historic, very charming; but Cartagena also offers some excellent smaller inns if you prefer that.

In the capitol city of Bogata, the Sofitel Bogota Victoria Regia offers an excellent central location, and is the nicest hotel there (at least until the Four Seasons opens.) Both of these Sofitels are part of our Signature Hotel and Resorts program with exclusive benefits for our guests.

I have sent a number of travelers to Colombia and their experiences were similar to my own… a very interesting country with a lot to see, but a place without a lot of Americans, yet. I was very happy to arrange a trip thru Panama and Columbia recently and below is a report of that trip written by the traveler and it captures, in part, why now is an excellent time to visit this very unique country:

The wars, civil strife and civil wars, drug cartels, political intrigue, and corruption during the past 500 years are a stark contrast to the relatively peaceful history of Panama. Despite some misgivings about traveling to Colombia, security was omnipresent, making one feel safe even in the evening when traveling to and from restaurants. Using cars supplied by the hotel gave one an added sense of security.

One of the most under appreciated elements of Columbia is its cuisine. Given it’s location on both the Atlantic and Pacific coasts, there is a preponderance of seafood on the menu, but also high quality beef.

What makes the cuisine unique to Colombia is the addition of indigenous ingredients, served in a most appetizing manner, that do not appear in US grocery stores. Michelin should hand out some stars.

What is not given to women by men is flowers; one dozen roses costs $1US. What an insult! Flowers are the third largest export of Columbia.

If Bogota had a sister city it would be Los Angeles: heavy traffic, smog, pockets of wealthy residential areas interspersed with poor and middle class areas.

The first impression from driving in from the airport is a multilane highway graced with trees that quickly gives way to dirty streets, graffiti (the artistic graffiti is limited, but subject of a tour), numerous abandoned tires, trash or litter, with the driver reporting on corruption.

Most of the city streets and highways require repaving, but the potholes serve the purpose, along with the speed bumps, to limit speed. That is very useful because the drivers do not observe any courtesies or rules; pedestrians beware. The city has a population of 8.5 million.

Colombia’s physical appearance is quite distinctive and is unique from other South American countries. The guide notes that Bogotá’ women are well coiffed, and I would not disagree.

The major tourist attractions are the Salt Cathedral (described below); Monseratte, the 16th century church on one of the highest points overlooking Bogota that is accessed by a cable car; the colonial section named la Candalaria, where are the local and national governments are housed around a Bolivar independence square; a collection of pre-Colombian gold ornaments that are exquisite (that the Spanish extracted from the indigenous people in unfathomable volume and value); and the market which contains many produce items that are unique to Colombia and not exported.

All of the above can be accomplished in two active days.

Bogota has been hailed for a new collection of chefs preparing creative dishes with local ingredients. One senses that the inhabitants eat out extensively because there are so many restaurants everywhere.

There are not enough superlatives to describe Elciclo: The 12-course tasting menu was far beyond whatever I had experienced in creative cooking, presentation, use of indigenous ingredients (most of which I could not pronounce, alone remember) to prepare an exquisite meal.

The upscale residential area is quite expensive, generally not particularly interesting architecture, and has a mixture of single-family and multi family dwellings, virtually all of which are made from the same red-colored brick. These are surrounded by areas where lower and middle-class families live and are unattractive.

My hotel, the Sofitel, is located on the edge of a large, upscale residential area that is filled with brick high-rise apartments that individually have unique entrances but collectively have identical appearances.

This quickly gives way to small, not particularly attractive restaurants and commercial stores along a major boulevard.

The Salt Cathedral is an underground salt cave that has been carved inside of a salt mountain and features the 14 stations of the cross and three chapels. The cathedral is approximately 300 feet below the surface and occupies approximately 50 acres.

Each of the stations is carved approximately 120 feet deep and 40 feet wide.

My description does not do justice to the enormity of this project, which took six years to complete, and is a feat of engineering.

The city is comprised of two areas: the colonial part that is on an island surrounded by a defensive fortification and the high-rise modern commercial residential area on an isthmus.

The colonial part has been completely restored, reflects its heritage, which accounts for Cartagena leading Columbia in tourism.

Visitors can experience luxury accommodations, interesting restaurants, and numerous churches. The pastel-colored colonial structures reflect the brilliant petals of the many varieties of flowers. A tour in a horse drawn carriage in the evening, which is delightful in the temperate evenings, highlights this colorful collage.

In the tumultuous period of pirates and raiders, another fort overlooking the city, Castillo de San Filipe, was built to protect Cartagena from a land assault –so successfully designed that it repelled all.

The best view is from the high hill just east of the fort named La Popa and was the home to a convent and monastery with a beautiful gold altar in the chapel.

My hotel, Santa Maria Sofitel, is built on the grounds of a convent constructed 500 years earlier; abandoned for two centuries, it was converted into a luxury hotel in 2010. The service, food, and courtyard filled with mature trees and running water make a superb setting. The large swimming pool accommodates the guests without crowding.

Let me help you plan your Columbia vacation package while on a Central America tour.

See our blog post about the Best Places to Visit in Colombia here! 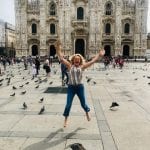 Medellin Has More Than Great Coffee

Medellin was a city I was interested in getting to know as my first visit to Bogota introduced me to...

5 Places to Visit in Colombia

Bordering the Pacific Ocean and the Caribbean Sea, Colombia is one of the fastest growing of South America‘s countries economically,...