Travel journals > Around The World

What’s not to like about travel by rail? Unlike travel by car, you can get up and move around. Views from a train are often better than from a car, because rail tracks are often built through more scenic countryside than highways are. Unlike flying, you can relax and stretch out better, you can move around more, the views are better, and it’s healthier and more eco-friendly…. you can get the gist of this.

There are a number of rail trips worldwide that merit special attention. So what are the best rail vacations? With the recent Winter Olympics in British Columbia, it’s prescient to note three of the top train trips are in Canada. The Trans-Canada rail trip is one of the granddaddy trips, operated by Via Rail. In western Canada are two other notable rail trips — The Rocky Mountaineer (between Vancouver and Jasper) and Whistler Mountaineer (between Vancouver and Whistler).

Travel by rail in Europe is a popular way to get around between cities, and there are some notable European train trips, especially thru scenic Switzerland where The Glacier Express and The Bernina Express were voted among the top ten train trips by the Society of American Travel Writers. In SE Asia, Peru and South Africa, there are great train trips to enjoy.

Let us arrange a rail vacation for you. 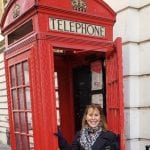