River cruises are a relatively newer type of vacation for most travelers. While river cruises like a Rhine Cruises or Danube Tours have been around a long time, it’s only recently so many new river cruise ships have been built to keep up with growing new demand.

Of course, if grandiose space is what you’re looking for, most river cruise ships probably won’t do you. But the best river cruise vacation is not about spaciousness, though I must admit on two river cruises I’ve taken my bathrooms were larger and more luxurious than on a number of ocean cruise ships I’ve been on.

Likewise, ocean cruise ships offer multiple dining venues and some excel at serving up some terrific cuisine. While the best river cruises offer excellent onboard dining experiences, you won’t find many dining choices or the variety a large ocean cruise ship can offer. Dining isn’t a key reason to take a river cruise. But I’d challenge you to compare, for example, the excellent cuisine onboard Uniworld river cruises, like on the new Antoinette, with that of the best premium cruise lines.

However, many travelers will site how, on river cruises, they felt immersed in the destination far more than on ocean cruises.

On the best Mediterranean cruises on ocean cruise ships, for example, you dock at the main pier, often outside the city, and in some cases a l-o-n-g bus ride away. On a Rhine River tour you’re usually docking in the heart of town, steps away from activities and sightseeing options.

And the best river cruise ships offer spa services, small fitness center, small movie theatre, gift shop, and a pool. Some also carry bicycles onboard you can use to ride around town, or between towns, riding along the shore and meeting your river cruise ship at the next town.

Travelers often state it took them two or three days on a large ocean cruise ship to get used to where their cabin was or how to get around. Not a problem on a river cruise ship, which is like a small boutique hotel.

People are often friendlier, because on a smaller venue people just get to talking to each other and get to know one another more readily than on a ship holding thousands of guests.

Actually, your best river cruise vacation is quite a different experience than an ocean cruise, and it’s probably best not to compare one against the other, but to accept what each offers and enjoy both! What’s your take? 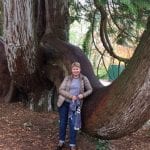 This was my first river cruise and I wanted it to be on Uniworld, due to the amazing amount of... 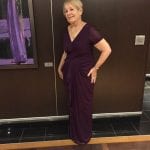 The River Royale is a wonderful small boutique ship with 120 passengers operated by Uniworld. The public areas are warm...