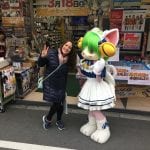 April Vidauri
#Costa Rica
Costa Rica is a country that can surprise you with its diversity in ecosystems and adventure. I flew to San Jose with Alaska Airlines, which is a five-hour flight from Los Angeles. Costa Rica’s capital is a mix of architecture from Victorian buildings to modern styles. I spent two nights at Hotel Presidente in the heart of downtown San Jose. The property started as a clothing factory in the 1940s, and it has an atmosphere and decorations that are reminiscent of the period. The first night my group and I were welcomed with a fabulous dinner at the restaurant, Silvestre. This was located at one of new hotspots in the city: the Amon neighborhood. We were delighted by traditional Costa Rican dishes that had a pinch of modernity.
The following day, we were driven towards the Caribbean side, to the Braulio Carrillo National Park, where we enjoyed a full-day tour. This protected area preserves a lot of endangered species, like tapirs, which we were lucky to see! Within the park facilities we enjoyed ziplines, hikes, and aerial trams. This park is totally family-oriented; kids, adults, and elders will be thrilled to be in touch with nature. That afternoon we experienced the splendor of the rainforest in the rain! Our day ended with a bar hopping tour. On it, we tasted handcraft Costa Rican beers and snacks.

The next day, on our way to the Arenal Region, we stopped at the Chayote Lodge located in the coffee plantation town of El Naranjo. This boutique hotel has its suites inside of coffee storage containers with a beautiful view to the coffee plantations and the Naranjo Valley. From there, we continued to Tabacon Spa-Hotel, where we stayed for two nights. This resort was built in two parts; the hotel is in one side of the road and the hot springs are on the other side. On our first night, we enjoyed the hot springs following with dinner in our bathrobes.

We started our next morning with an adventurous tour. I chose the extreme ziplines, tubing, and hiking. The ziplining was amazing. The zipline track was built between treetops connecting canyons and allows you to enjoy the Volcano Arenal and surrounding areas. After two ziplining endeavours, you go a mile-hike through the rain forest that takes you to another zipline, which is one of the fastest in the park; at this point, you hike for another half-mile until you reach the Piedras Negras River. To get across, you have to balance on a cable on a hanging bridge because the drifting tubes are on the other side. Once you are assigned to a water tube, the most adrenaline-heavy adventure continues down the river for nearly 1.5 hours. Even though we were not able to see any wildlife, we heard monkeys and plenty of birds. That evening, back in our hotel, I had a fabulous massage at the spa. The Tabacon’s spa is sumptuous, and the fact that is in the middle of the jungle and next to the hot springs gives you the ideal environment for relaxion. That night, we had our gala farewell with an eight-course meal.

Adventure during the day and a feast at night… we would say that’s pura vida, which is Costa’s Rica unofficial slogan that means pure life in English.

The next day, we flew to our final destination in Manuel Antonio, but, more on that later!

In the early morning on our Costa Rica trip, we took a short private flight towards our last destination in... 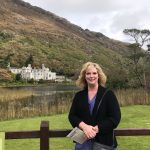 I recently had the opportunity to make a quick trip to Costa Rica to visit some hotels and perhaps the...

While en route to Costa Rica, I envisioned the greenest of greens, miles and miles of both beaches and rainforest,...