Onboard Regent Without the Millionaire and His Wife! 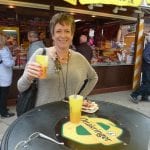 I recently had the pleasure of escorting one of our groups on a Regent Seven Seas Mariner sailing for 16 days cruise from Miami to Los Angeles via the Panama Canal.

The luxurious Mariner cast off with a full ship of 700 guests ready to enjoy the beautiful suites with verandah, four gourmet restaurants, unlimited included shore excursions, and lots of generous amenities.There were so many wonderful highlights on this trip.

A simple beach day in Paradise Island, Bahamas turned into an amazing day. As I strolled through the Dolphin Encounter early in the morning, the staff were working with the dolphins and feeding them.

The Vet was performing an ultrasound on a female dolphin expected to deliver any day! Two other babies were frolicking nearby with their moms.

Exploring historical Cartagena, learning the history of the Panama Canal during our 9 hour transit, and watching monkeys in the Costa Rican jungle were just a few of our adventures.

We toured Leon in Nicaragua and sampled the local Tona- a light local beer.

Colonel Antigua, 2 hours from the coast, in Guatemala was a delight. The country is lush and green and the Guatemalans very friendly. We watched one of the volcanoes erupting in the distance.

Guatemala produces the most beautiful cream and purple Jade.

One morning at 6am, I realized the engines on the Mariner were still. I poked my head out onto the verandah and knew we had stopped dead in the water!

Directly below us was a small panga with 3 fisherman and their engine taken all apart! Our crew lowered a rescue boat and after an investigation, the panga tied alongside us. We tossed them food and water while the engine crew hunted for a battery onboard that would fit their engine. They had been stranded for 36 hours and floated 30 miles off Manzanillo. The crew gave them a new battery and their engine was back in business. Everyone was hanging over the balconies cheering as they sped off towards home.

While our group was having the time of their lives, seven of us decided to accept a challenge from Captain Felice to participate in their annual “Master Ship Builder” contest.

We formed a team called “Loose Lips Sinks Ships”. The boat needed to be made with anything we could find onboard only. We began to scavenge items.  We “borrowed” a box of chopsticks from the pool grill – hoping we wouldn’t land in maritime jail! Our ship came together made of water bottles, chopsticks, construction paper, and glue. We tested her durability in my bathtub! We had a winner! So she was christened the SS Minnow.

Now we just needed the cast from Gilligan’s Island to complete the voyage. So the Skipper, Professor, Gilligan, Mary Anne, Ginger, and Mr. and Mrs. Howell were recruited for the voyage. Mary Anne rewrote the theme song to Gilligan’s Island for us to perform. Captain Felice and several 1st Officers judged all 7 entries for durability, creativity, and audience appeal. We sang for the entire pool deck and launched the SS Minnow into the pool where Neptune was cannonballing our boat!

The SS Minnow survived the high sea and look an admirable 4th place!

My fantastic group and the wonderful staff onboard the Regent Seven Seas Mariner made this trip a very memorable adventure! 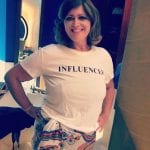 A Mallorca Vacation at Ramanya Winery

Setting sail from Barcelona in July onboard the Regent Seven Seas Voyager was nothing short of magical. Many travelers love...

This journey began with a flight from LAX on Air New Zealand to London in premium economy class. This is...