It’s the 21st Century, I know, but some things are worth keeping from the previous one. Train travel is one of them. It relaxes the soul and slows down the stress of everyday life. Even the high speed TGV’s and ICE’s have that effect on me. The world goes by at a slightly slower pace, even at 186 mph.

My rail adventure within my recent Australia experience was not that fast, but it was not supposed to be.

The weekly Indian Pacific was leaving Perth for Adelaide on June 5. The better news was that I would be on it. I was really excited about that.

This train of 22 cars would be my home for almost 48 hours, with a couple of stops built in.

The privileges of Platinum Class became evident with the complimentary pick-up at The Como Hotel, The Treasury in CBD Perth.

I was then taken to East Perth Station, where the train was beginning the boarding process.

I was ushered into the the Platinum section which is the best category on the train. With only ten travelers in only five compartments in each Platinum car, the spaces are big.

I had a full-size compartment with a bathroom and full shower. The private day lounge converted to a full size double bed each evening.

The adjacent Platinum lounge/dining car was very comfortable and exclusively for Platinum travelers. A surprise was a youthful and energetic staff which was there at every turn.

All meals, alcoholic and non-alcoholic beverages were included in the price. Andy was hired to be the entertainment providing music on boarding and en route as well. Meals were very tasty and varied with local dishes and well prepared. I highly recommend their chocolate ice cream which I had more than once!

With about 48 hours travel time, I took a book to read. Much of the route was through the Outback with no cell or internet service.

We did make stops in Kalgoorlie, a huge open pit gold mine still being explored, and Cook, a virtual ghost town. Other than that we were just viewing the scenery. Surprisingly I did not read much of my book. I was looking at the scenery, and there were always interesting characters on the train.

Gold service had their own dining car and the food was similar.The big difference was that the compartment space was 1/2 that of Platinum, and one would need to choose an upper or lower berth with two people traveling. Also there was no private shower.

The Red service, which was just a reclining seat and no private compartment, is being eliminated as an option this July.

I loved the experience and we arrived on time into Adelaide.

My cautions are that the Platinum Service is the best, but pricey, and would be for true rail buffs only. Also the smoothness of the ride varied and the train at times would rock and roll more than expected.

This is just one more of many choices for your ultimate Australia vacation. Let an Aussie Specialist be your ultimate guide to this glorious land that is Australia. 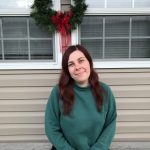 Australia has for many years been at the top of the most desirable destinations to visit. Year after year in...

I had an amazing opportunity to fly on United’s newest Boeing 787 plane direct from Los Angeles to Sydney, for...