Grundarfj
Explore the only coastal national park in Iceland, an area of immense beauty and interest.
The mystical aura of the Snaefellsjökull glacier seems to invade all senses somehow weaving its powerful, magical spell over all who come close! Such was the case in the universally popular classic novel, “Journey to the Centre of the Earth” written in 1864. French science fiction writer, Jules Verne, certainly researched his master piece thoroughly, as indeed more than just a few people say they can definitely feel the powerful influences from the glacier. It is actually considered to be one of the world’s seven most potent energy sources. The summer solstice sees many New Ages return year after year to re-charge their psychic energy batteries and rock crystals. The tour takes you along the rugged coastline of the peninsula passing through the several small fishing communities that hug the lower regions of the famous Snaefellsjokull volcano. We make our first stop at Djupalonssandur where we explore a little of the beach - see the large boulders that were used in former times to test the strength of fishermen. For this pebbled cove once housed around 70 fishing stations. There are also many beautiful and interesting rock formations to be discovered at this picturesque stop. Onwards to the tiny fishing community of Arnarstapi, passing the noticeable volcanic plug of Lóndrangar on the way. Many stories and Sagas are connected to this area, all which lends an even more mysterious appeal to these stunning surroundings. At Arnarstapi a refreshing walk takes the visitor along a pathway boasting many interesting geological phenomena and rich bird-life. A scenic drive takes us to the final stop at Budir famed not only for its dramatic, black lava surroundings but also for its yellow sand beach. The latter being quite a rarity in Iceland! Guests might be lucky enough to spot seals as they bask on the skerries out in the bay. We head back to Grundarfjordur by way of the notorious Frodarheidi heath.
Tour Duration: 4-5 hours
Tour can operate: Morning or Afternoon
Wheelchair Accessible: No
Physical Activity Level: Moderate
Included: Transportation by deluxe vehicle, guided tour. Pick up/drop off at the port.
Not Included: Meals 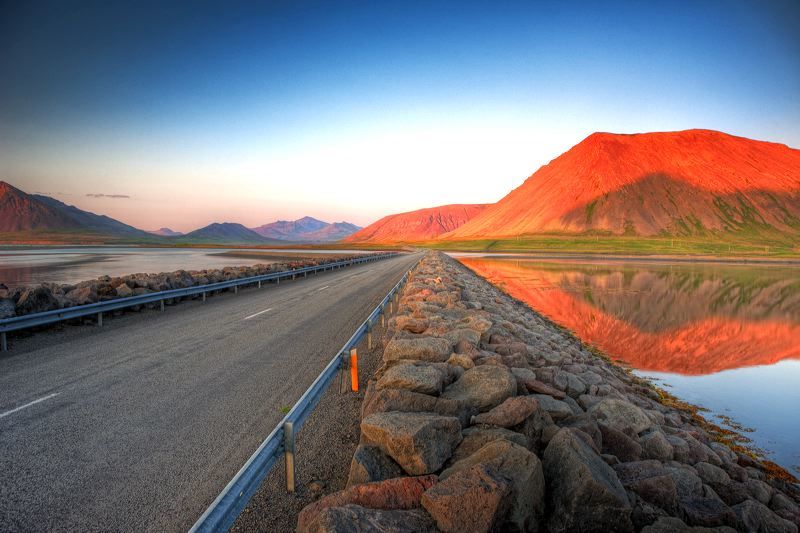