Capture the ‘The Big Three’ on this classic excursion to Gullfoss Waterfall, Geysir Strokkur and Thingvellir National Park.

From Reykjavík you will drive over the Mosfellsheidi heath to beautiful Thingvellir National Park, a place of tremendous interest as a primary site of both Iceland’s geological and historical heritage. In 2004 the site of Thingvellir was inscribed on UNESCO’s World Heritage List. On this tour you get the opportunity to walk through the geological fault known as Almannagja - the place where Europe’s oldest national legislative assembly, the Icelandic Althing, was established in the year 930AD, and where it convened in grandiose surroundings every summer for nearly eight centuries. After your walk in Thingvellir, the tour continues over the Lyngdalsheidi heath into the fertile farmlands of the south, to visit the most beautiful waterfall of the country, Gullfoss. Nearby, you’ll also stop at the Geysir geothermal area with its multitude of hot springs, where the most active one, Strokkur, spouts every few minutes. Return to Reykjavik through the Grimsnes region.
Tour Duration: 6-7 hours
Tour can operate: Morning
Wheelchair Accessible: Yes - however some rough grounds
Physical Activity Level: Moderate
Included: Transportation by deluxe vehicle & guided tour. Pick up/drop off at the port.
Not Included: Meals 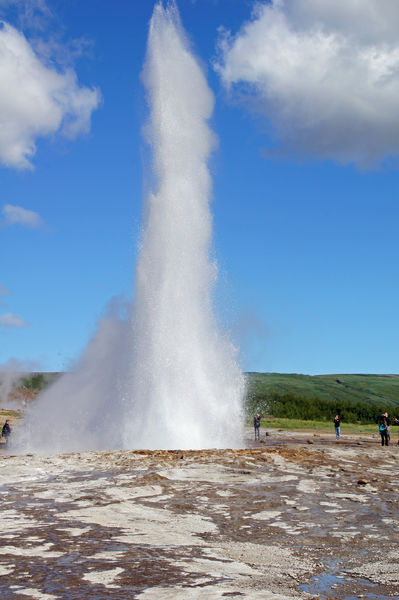 Here guests can enjoy a relaxing bathe in the surreal milky waters of Iceland’s most famous of geothermal Spas – The Blue Lagoon. So what exactly IS the Blue Lagoon? Well, it is Iceland's most unique and popular attraction. Guests will enjoy bathing and relaxing in Blue Lagoon geothermal seawater, known for its positive effects on the skin. A visit to the spa promotes harmony between body, mind and spirit, and enables one to soak away the stresses of modern life. The spa's guests rekindle their relationship with nature, soak up the scenic beauty and enjoy breathing the clean, fresh air. In addition to bathing in the lagoon guests have access to a sauna with a view of the lagoon, a sauna with white walls that resemble silica mud and a cozy steam bath carved into a lava cave. Of course, guests bathing in the milky waters of the lagoon have easy access to the famous white silica mud, an essential part of this ultimate in spa experiences.

Tour can operate: Morning or Afternoon 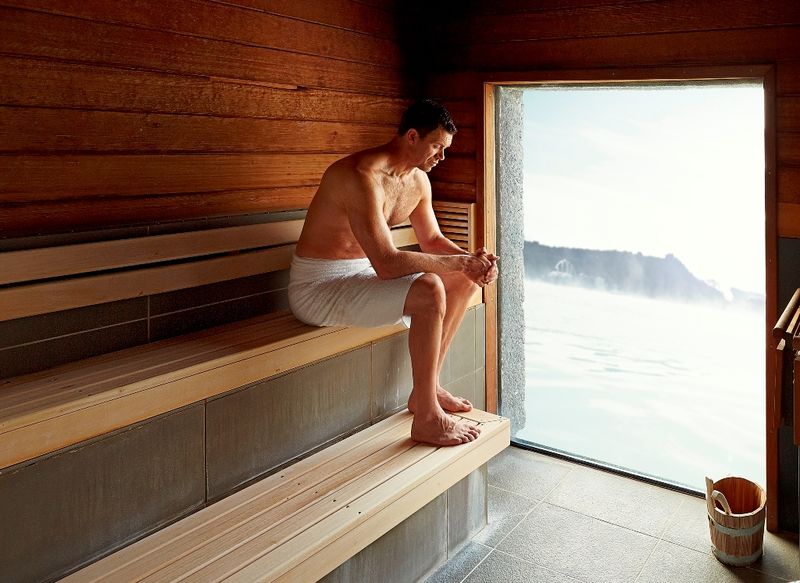 Leaving Reykjavik we head to the peculiar stillness of Lake Kleifarvatn (via Hafnarfjordur) where we make a stop to explore the nearby thermal area of Krysuvik.

Onwards to the dramatic bird cliffs of Krysuvikurbjarg where we will stop for photographs. In the summer months, the cliffs are home to thousands of nesting birds and visitors might even be lucky enough to sight Orka whales feeding out at sea.

From here we continue into the lowlands of the south - where impressive views to the Westman islands and beyond lie in store. We pass Strandakirkja church which is said to have been built by seamen in peril whose prayers for rescue were answered by an angel that appeared on the shore and guided them to land ("The guiding light of those who sail the sea").

Onwards for a 4x4 drive along the coast, we make a short stop on the black sandy shores of the North Atlantic Ocean.

From here we drive to a local restaurant for a lobster feast lunch.

After lunch we make our way to Thingvellir National Park a place of tremendous interest as a primary site of both Iceland’s geological and historical heritage.

We return to Reykjavik driving off road through the foothills of the Hengill volcano including an ancient route called the thousand waters trail which leads us across many rivers, streams and mud banks. The surrounding steam vents and bore holes constantly belch out steamy reminders of the areas recent volcanic history. 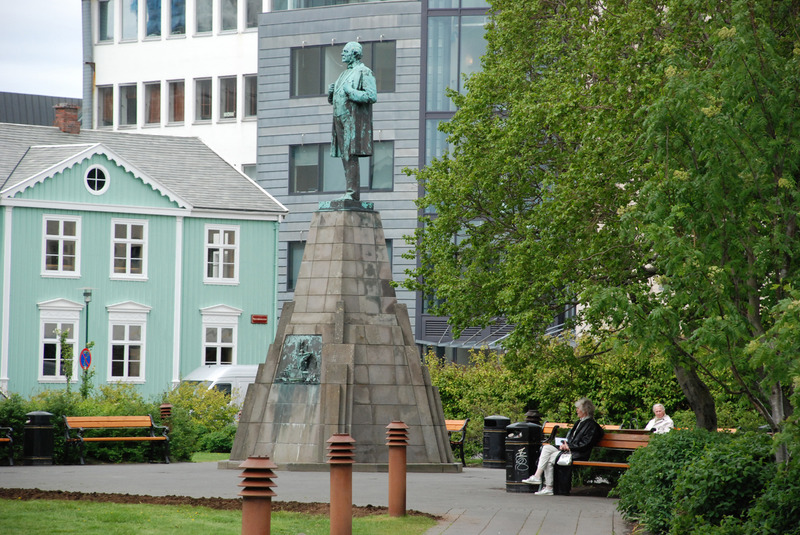 Reykjavik - Glacier Safari with Optional Snowmobiles - FD Tour
Experience Iceland's stunning natural topography in an exhilarating new way during this full-day, off-road adventure on the Langjökull Glacier with optional snowmobile experience.
Start out early morning on a four-wheel-drive tour into Reykjavík’s hinterland. We drive through the tunnel of Hvalfjordur to the Borgarfjordur area. Watch for the historical home of the famed Icelandic historian and law speaker Snorri Sturluson, author of Snorra Edda. Along the way you will see the lava waterfalls of Hraunfossar and Barnafoss. Turning off the paved road you will travel into the gravel desert of Kaldidalur, from the edge of the Langjökull Glacier, you can either choose to board a snowmobile for an hour of fun and excitement on the ice, or opt to stay aboard the 4X4 and allow your driver to expertly take you on a drive out onto the icecap (weather and conditions permitting). All the basic equipment needed for the snowmobile tour will be provided, winter overalls and safety helmets, along with over boots and gloves. Our return journey takes us through the Kaldidalur or “Cold Valley” which offers spectacular views of the surrounding glaciers and their imposing landscapes. On clear days 3 glaciers can be seen from this point including Ók, thought in ancient times to be the home of giants! Our last stop will be at Thingvellir, the most significant historical and geological site in Iceland where in 930 AD the Vikings formed Althingi - the oldest still-existing parliament in the world. In 2004 the site of Thingvellir was inscribed on UNESCO’s World Heritage List. We then drive directly from Thingvellir to Reykjavik.
Please note: Due to the remote destination of this tour, there will be a box lunch along the way. Guests are asked to wear good footwear for this tour.
Tour Duration: 4-5 hours
Tour can operate: Mornings
Wheelchair Accessible: No
Physical Activity Level: Moderate / Strenuous
Included: Transportation by deluxe 4x4 vehicle, guided tour, boxed lunch. Pick up/drop off at the port.
Not Included: Snowmobile tour is at additional cost 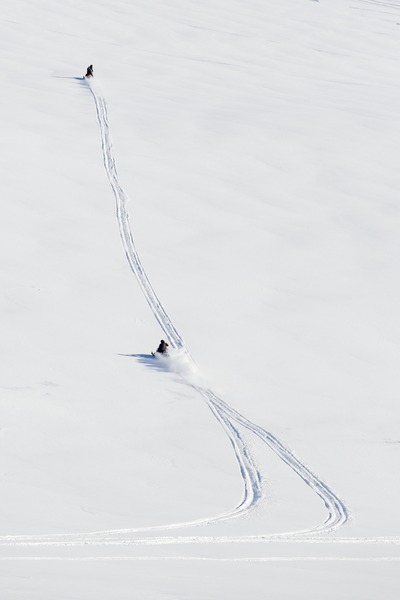 Reykjavik Highlights - HD Tour
The Reykjavik Capital Area consists of seven municipalities with approximately 200,000 inhabitants. With an abundance of space, clean air and natural green energy - Reykjavik clearly revels in its reputation as being one of the most modern, forward thinking societies in Europe. The city’s logo “pure energy” sums it up perfectly. Whether that pure energy is portrayed in the form of the city’s heating, nightlife or culture. Reykjavik delivers…
The city tour layout includes landmarks and visits as follows:
Tour Duration: 3
Tour can operate: Morning or Afternoon
Wheelchair Accessible: No - Arbaer museum is not accessible
Physical Activity Level: Easy
Included: Transportation by deluxe vehicle, guided tour, entrance fees. Pick up/drop off at the port.
Not Included: Meals