Drive through the center of Oslo, passing all of the main sights and highlights, including the Royal Palace and the Nobel Institute. View the City Hall, inaugurated in 1950 at Oslo's 900-year jubilee. Akershus Fortress, sitting boldly on the waterfront is today partly a museum and a military area.

Pass the Parliament Building before entering Karl Johan Street, named after the Swedish-Norwegian king in the early part of the 19th century. The oldest part of Oslo University, dating back to 1813, lines this street. It is famous for its interior decoration by the painter Edvard Munch.

You will also pass through attractive villa areas on the way to Vigeland Park. This enormous open-space was laid out in the first half of the 20th century by Norwegian sculptor Gustav Vigeland. Over a period of 30 years, he created his own world of human beings and animals from stone, iron and bronze. There are about 200 statue groups in all, which describe the course of human life from birth to death. The monolith, a 56-foot high granite block carved with 121 figures stands as the unequivocal centerpiece of this well-planned park.

On the Bygdøy Peninsula you will visit the Viking Ship Museum. It houses three authentic longboats dating from the Viking Age, around AD 900-1000, which were excavated from the mudbanks along Oslo fjord. The museum also holds a large collection of items found on board the ships, such as household goods, tools, jewelry and clothing. 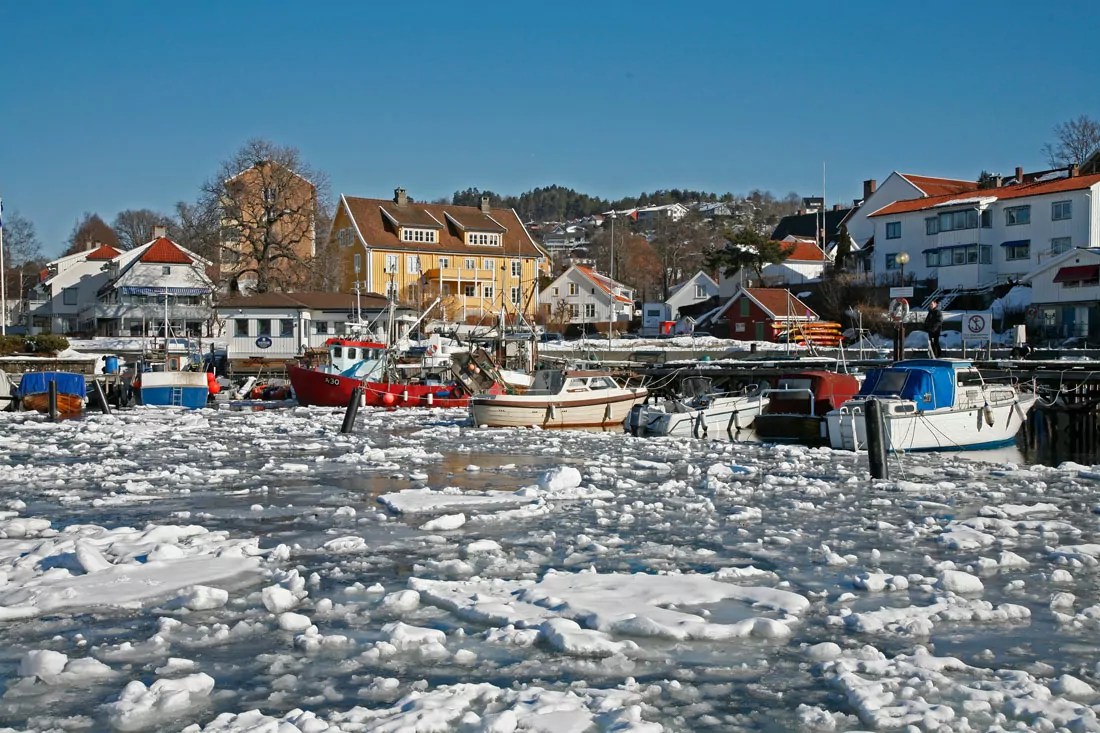 Located 40 minutes outside of Oslo, on the east side of the Oslo Fjord, lies Drøbak. The narrow 18th- and 19th-century streets lined with small wooden houses give the town an idyllic touch. On an island just outside Drøbak you can visit the fortress Oscarsborg.
The centre of Drøbak is the square Torget where you find the popular Tregaarden's Christmas House and Santa's Post Office. They have Norway's biggest permanent Christmas exhibition and a special Santa Claus post stamp. By the charming boat harbour there is also an Aquarium, with the world's only "lutefisk" museum, and Badeparken a little north of the centre is a great place for swimming.
From Sjøtorget there are regular ferries to the Oscarsborg Fortress. The trip takes 5 minutes.
The construction of the fortress was finished in 1853. It got the name Oscarsborg when king Oscar I visited the fortress in 1855. The fortress has a proud and dramatic history and is best known for the sinking of the German heavy cruiser Blücher on 9 April 1940 during World War II.
Oscarsborg Fortress is a jewel in the Drøbak narrow. In summer, Oscarsborg is perfect for families and for those interested in nature, culture and history. Oscarsborg Fortress Museum presents the history of the place and organises guided tours. There are plenty of activities for children. A safari through the subterranean tunnels below the fortress, obstacle courses, bathing beaches and crab fishing.